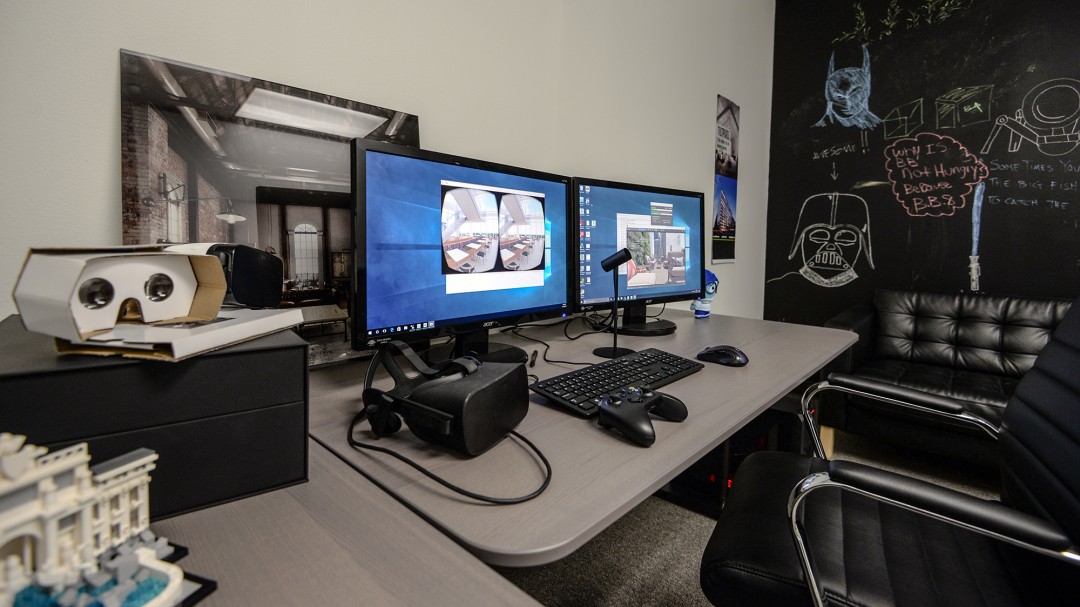 Virtual reality, or VR, is increasingly the subject of news articles, blog posts, and, yes, client requests. TILTPIXEL artists are finding themselves producing VR images on a more regular basis, and the frequency with which they are requested is on a fast trajectory. In a July CGarchitect survey*, 69% of respondents claim to currently use or plan to use VR, AR or MR in production in 2016 and 2017. The survey was conducted with 376 professionals from around the globe, with the majority working at either an architectural visualization studio like TILTPIXEL, or an architecture firm.

With such a high percentage of industry professionals using this stuff in production, it begs a few questions. First, what is the difference between VR, AR and MR? Should we view this as a passing fad, or a long-term shift in the industry? And finally, what role do we, as architectural visualizers, play in this new space of virtual reality?

To start, some definitions.

VR, through a head-mounted display (HMD) puts the user inside an artificial environment, so that a virtual world looks and feels like the real thing. These HMDs can be as simple as Google Cardboard or as sophisticated as Rift’s Oculus or Samsung’s Gear VR. They are powered by a computer, a gaming system – even a smartphone. And the user can navigate through this artificial world by various means. It looks and feels like reality.

While VR places the user inside an artificial world, AR and MR bring artificial elements to one’s natural surroundings. Augmented reality (AR) is often likened to Google Glass, where digital information is overlaid onto your environment. Pokemon Go, in which digital Pokemon characters are superimposed onto the visual display of your smartphone’s camera, is also seen by some as a clear example of AR.

Others view Pokemon Go as an illustration of Mixed Reality, or MR. In MR, digital objects are again displayed in your real environment, but you can interact with them in a way not possible with AR. MR is more complicated, but some predict that it may ultimately offer the greatest potential for commercial applications.

Regardless of the various iterations, the merging of real life with a virtual world is rapidly becoming main stream. In architecture, virtual reality is changing everything from the design process to marketing presentations. The magic of VR is its ability to place an individual in the middle of an unbuilt space, enabling the viewer to feel a space, rather than simply viewing it from the outside. The user gains spatial awareness and a perspective of scale and proportion that is simply not possible with flat renderings. 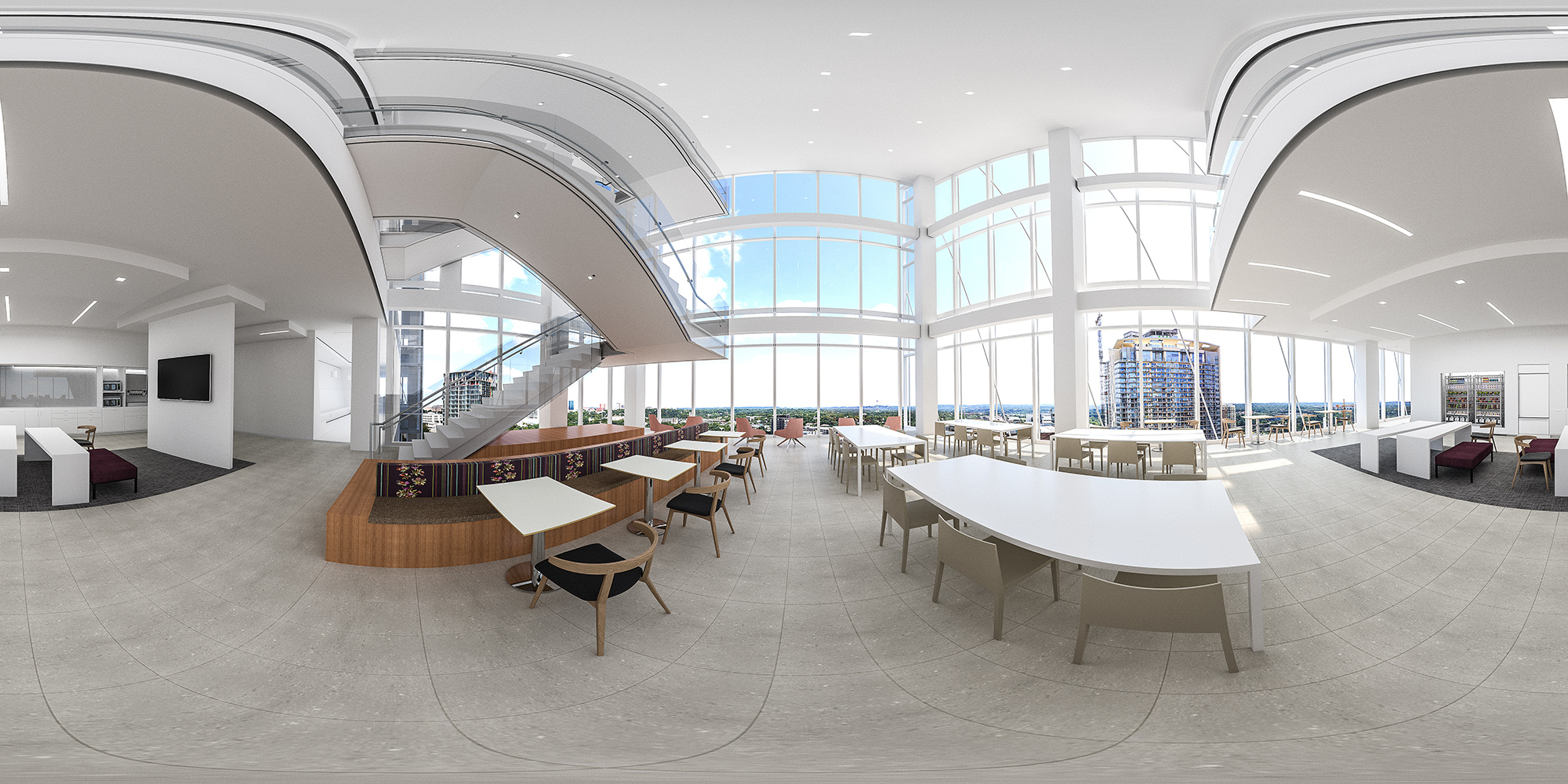 For many, the initial VR experience is stunning. We fail to anticipate the overwhelming sense of realism, such that we are unable to peer over a virtual cliff for fear of falling. If we think beyond the shock value, however, virtual reality has numerous applications that are already becoming more commonplace in the world of architecture, design, construction and real estate.

At the design stage, architects are relying on VR as a critical tool in their arsenal. They can observe human behavior and the ways in which people react to a space, and they can adjust their design accordingly. While stakeholders have always been able to view a proposed space through renderings and animation, they can now navigate their way through the environment. They can feel the impact of light at different times of the day, and they can perceive the flow of a floorplan from room to room.

Architects can now offer clients a virtual A/B test to showcase design options, and small details like signage can be assessed and modified prior to construction. The use of VR is becoming more pervasive, with some firms, such as Gensler and NBBJ, creating whole divisions devoted to the practice. Architects who have adopted VR are finding it a key driver of productivity, by isolating design flaws and serviceability issues much earlier in the workflow process.

For brokers, the increasing accessibility of VR is allowing for immersive presentations to potential tenants and owners. Those at the forefront of implementing virtual reality can deliver a jaw-dropping experience that enables clients to react to a space prior to construction.

With hardware becoming more affordable, virtual reality is often faster and cheaper than an animation. Developers and brokers rely on arch viz firms such as TILTPIXEL to set up VR in their own offices, so they can bring the experience to their clients. With HMDs such as the Oculus Rift or HTC Vive currently in the $600 to $800 range, large real estate firms are finding the initial set-up reasonable. Clients can interact with a virtual model quickly and easily on their own time.

With Google Cardboard and Samsung’s Gear VR, the entry costs are minimal. (Google Cardboard retails for less than $20, while Gear VR comes in around $60). The devices are portable since they are tied to a mobile phone, however, they do not offer the same level of immersion. Most commercial companies are ready to invest in a more holistic experience, as can be gained through the Rift or Vive.

The AEC industry seems poised for the next big thing in architectural visualization, and arch viz firms like TILTPIXEL are ready to respond. Traditional renderings and animations do less to support designers in their quest to predict behavior, and they can fall short in showcasing the atmospheric power of a real estate development to potential owners and tenants. Virtual reality bridges the gap for architects and developers. It will not be long before VR is perceived as a commonplace design and presentation tool, with architectural visualization firms routinely offering it to their clients. As many TILTPIXEL clients are discovering, the time is now, and there is no reason to wait. 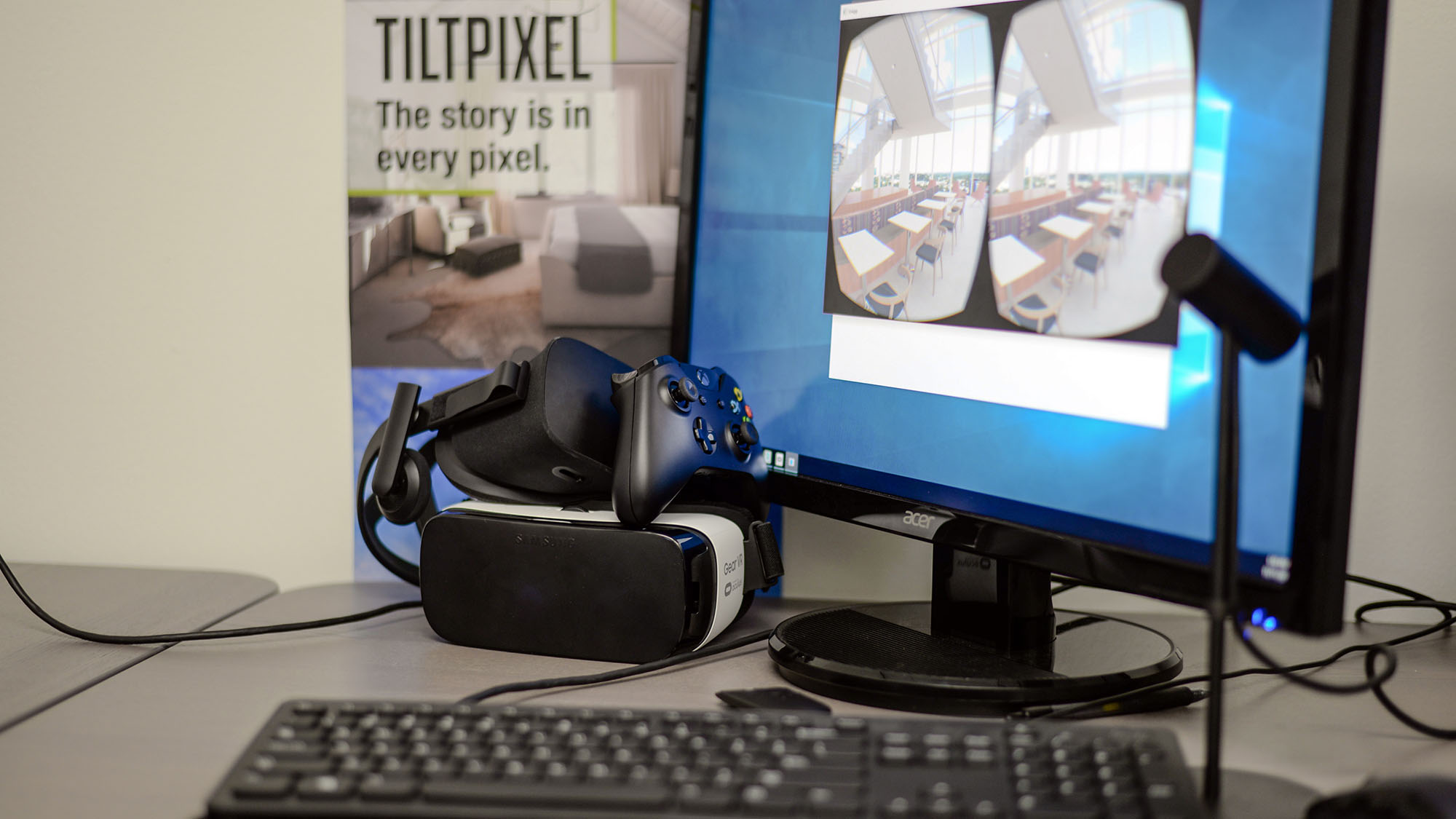