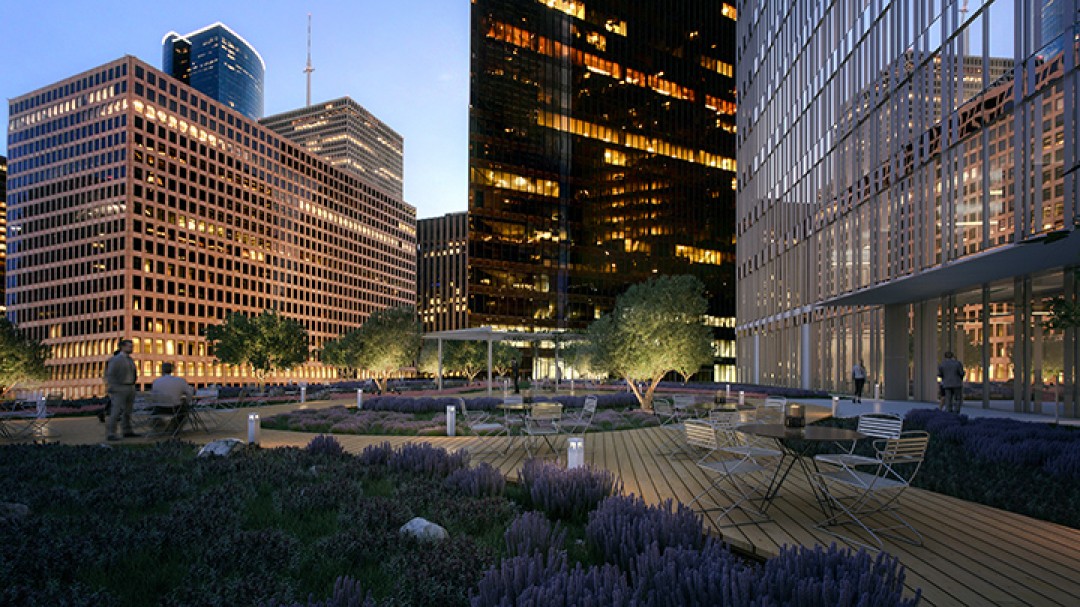 Last month, Skanska hosted a “Skybreaking” event to mark the construction of Capitol Tower, the developer’s new skyscraper in downtown Houston. The occasion at the downtown J.W. Marriott also celebrated Bank of America’s naming rights as the building’s anchor tenant. Skanska officials envisioned an immersive showcase of the tower’s stature, and they tasked TILTPIXEL with the creation of a virtual reality environment that would highlight the building’s attributes.

TILTPIXEL artists collaborated to develop a VR film that captured key elements of the 35-story Capitol Tower, which was designed by Gensler. Using numerous green screen shoots, individuals were placed throughout the tower’s lobby, bridge, tunnel entrance, bistro, office space and roof terrace. Aerial views and an enactment of the tower’s construction were also included.

Skanska secured a 360-degree Igloo projection dome to further immerse guests in the VR experience. Rather than relying on VR headsets, participants were invited to walk inside the Igloo and gain a larger-than-life perspective of Capitol Tower’s soaring atrium and stunning outdoor terrace. The Igloo was imported from England and constructed onsite.

In addition to projecting the VR films within the Igloo, TILTPIXEL’s Corey Harper, Ramy Hanna and Cameron Bailey guided participants on a virtual tour of the tower using both a Samsung Gear VR and an Oculus Rift. Skanska guests, including future and potential tenants and members of the media, were delighted to watch Capitol Tower come to life. The building’s two-story open-air atrium features soaring glass windows that draw natural light, and its tiered steps connect the tower to downtown Houston’s expansive tunnel system. The tower is touted as the only building downtown to offer tunnel connections in all directions.

Skanska plans for 26,000 square feet of unique retail and chef-driven restaurant space, as well as an 754,000 square feet of office space to be added to Houston’s skyline. The tower resides at 800 Capitol, which is the site of the former Houston Club, and before that the historic Bristol Hotel.

Bank of America, also present at the Skybreaking, will consolidate operations from three separate buildings to occupy 21,000 square feet of Capitol Tower. They will announce the tower’s new name upon completion of construction in 2019.

The project will consume 25 percent less energy than similar buildings. It is the first and only Houston development to garner LEED v4 Platinum precertification from the U.S. Green Building Council (USGBC), and it is one of only four nationally to be pre-certified.

As Matt Damborsky, Skanska USA’s Commercial Development EVP states, “Capitol Tower blends community, culture and commerce together to create a fresh and compelling experience that looks to the future of the workplace and downtown.”

TILTPIXEL is proud to serve as Skanska’s partner. Check out the VR tour to witness the building’s grand scale and to experience Capitol Tower’s state-of-the-art vision. 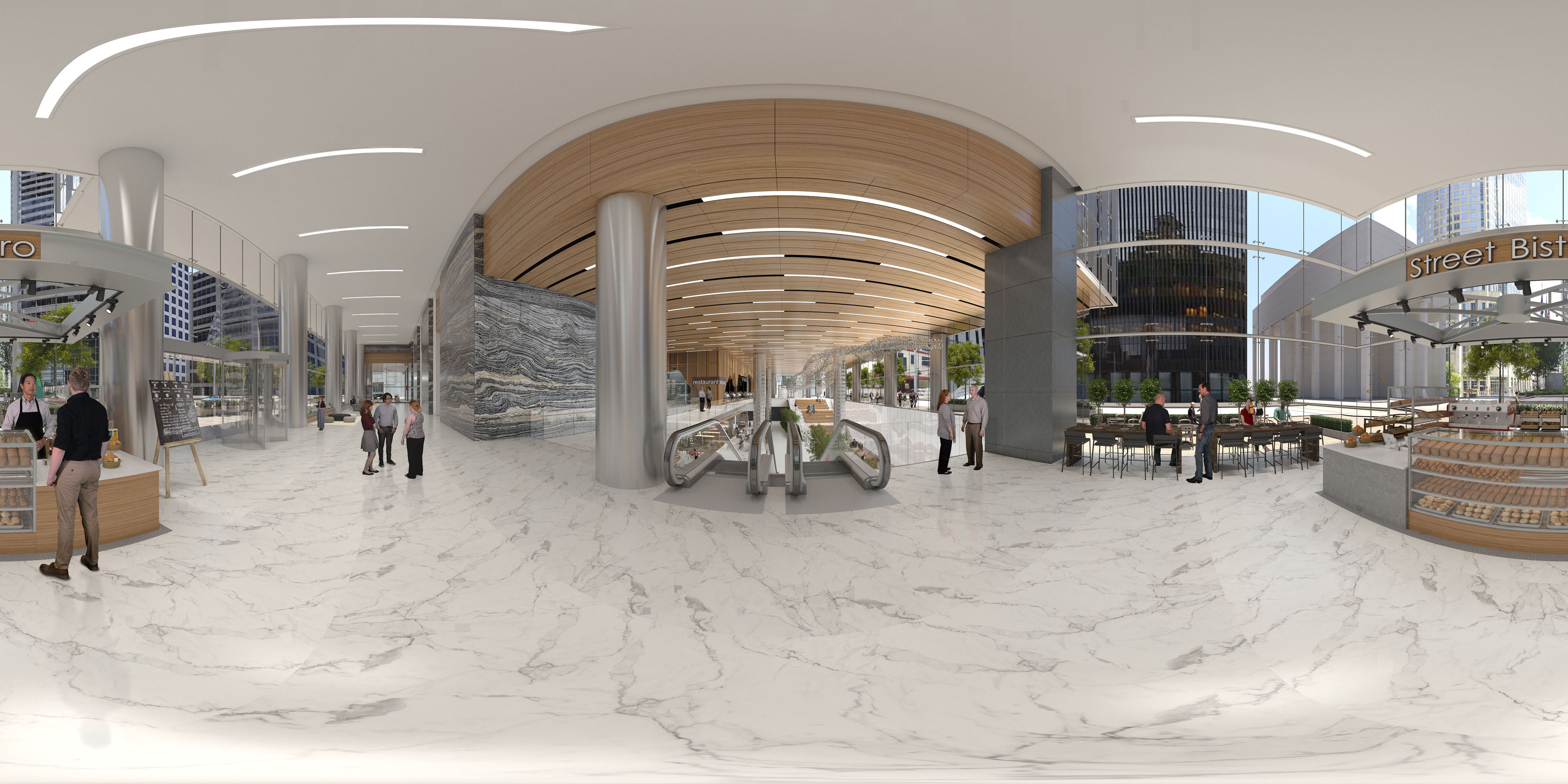